Role of Shocks and Struts

Difference Between Shocks and Struts

Many times, you’ll hear people refer to shocks and struts interchangeably. However, shocks and struts are two distinct parts with different functions. While both can help with your vehicle’s ride and handling, these parts work in different ways. Shocks are individual components of the suspension system while struts are a major structural component of the chassis and suspension system. 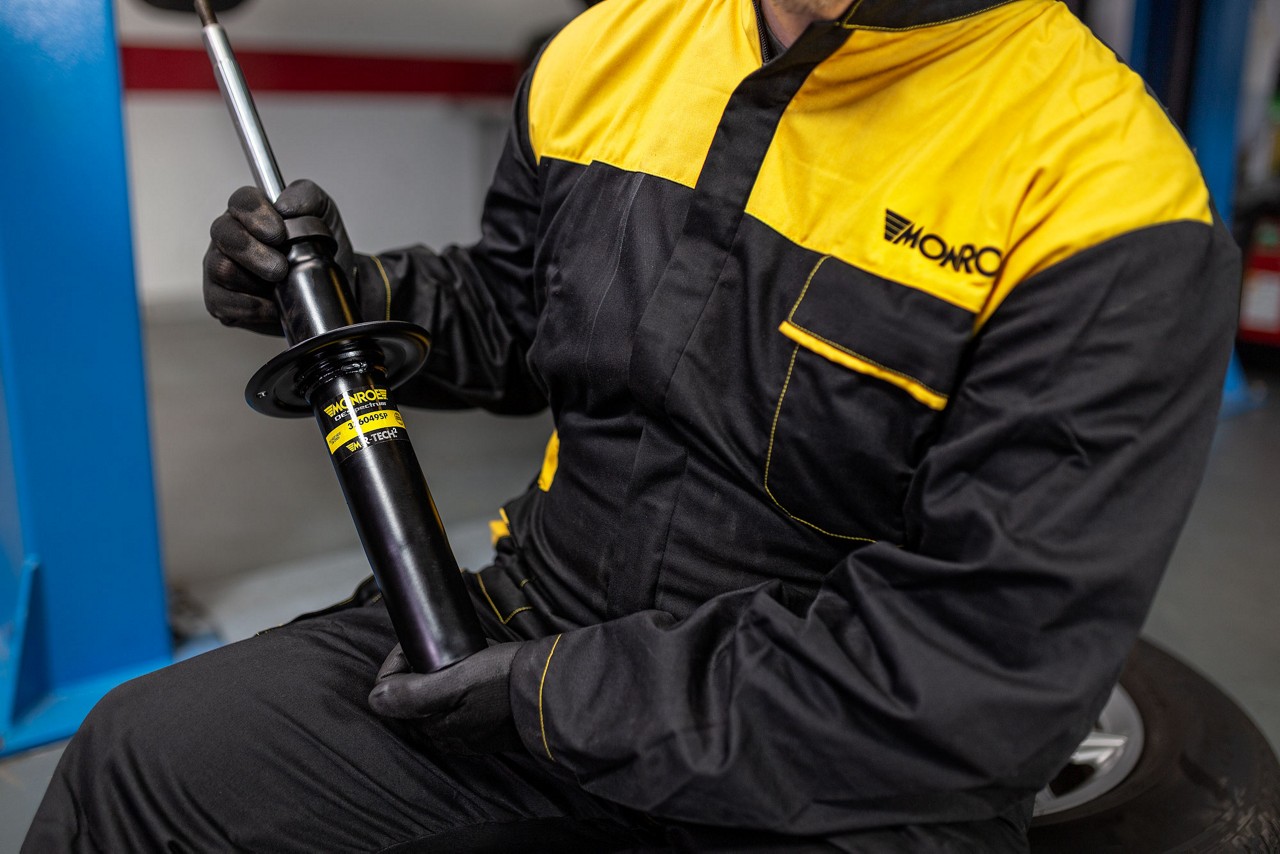 Struts also perform a second job. Unlike shock absorbers, struts provide structural support for the vehicle suspension, support the spring, and hold the tire in an aligned position. Additionally, they bear much of the side load placed on the vehicle's suspension. As a result, struts affect ride comfort and handling as well as vehicle control, braking, steering, wheel alignment and wear on other suspension parts 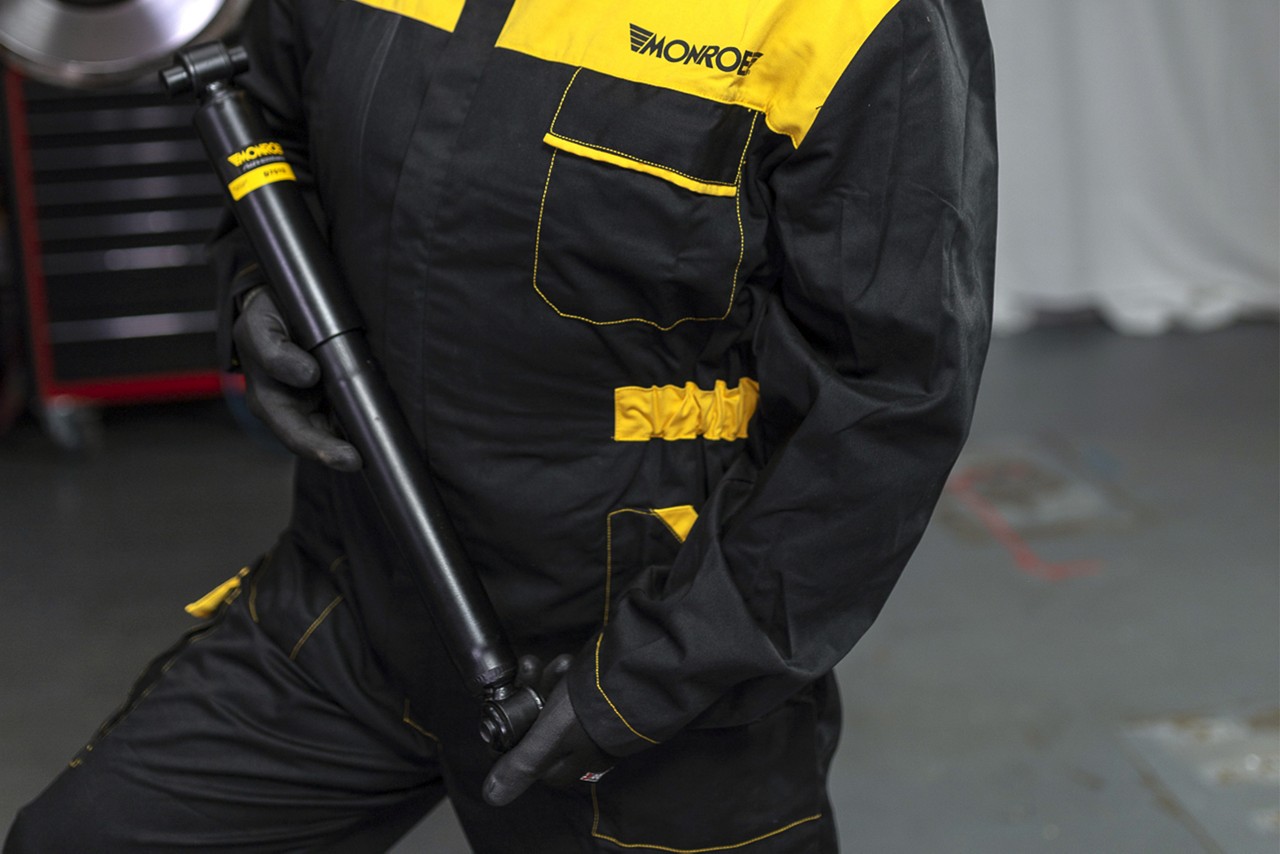 Typically, struts consist of a strut housing to provide rigid structural support for the assembly and a damping unit within the strut housing to control spring and suspension movement. On most struts, the bottom of the body attaches to the steering knuckle, which in turn connects to a lower control arm through a lower ball joint.

A complete strut assembly includes all the components needed for strut replacement in a single, fully-assembled unit. It combines the strut housing, damping unit with a coil spring to support the vehicle's weight.

Does My Vehicle Have Shocks or Struts?

Most of the vehicles have either a shock or strut. However, your vehicle could have shocks on the front and struts on the back or some other configuration. The key takeaway is that each wheel has some sort of ride control part.

The content contained in this article is for informational purposes only and should not be used in lieu of seeking professional advice from a certified technician or mechanic. We encourage you to consult with a certified technician or mechanic if you have specific questions or concerns relating to any of the topics covered herein. Under no circumstances will we be liable for any loss or damage caused by your reliance on any content. 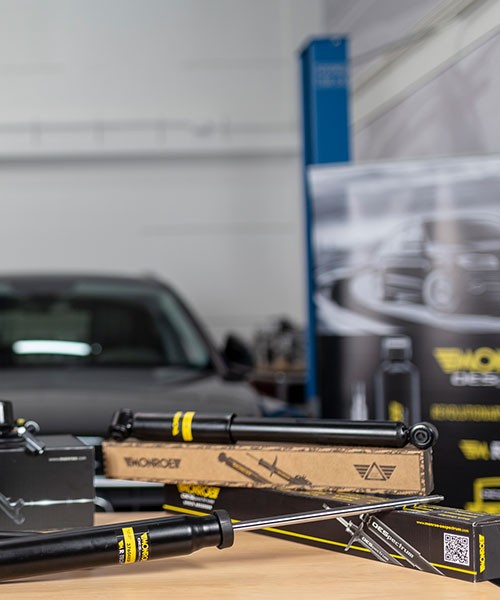 Monroe OESpectrum vs. Reflex vs. Original: a professional's guide to selecting the right replacement shock absorbers. 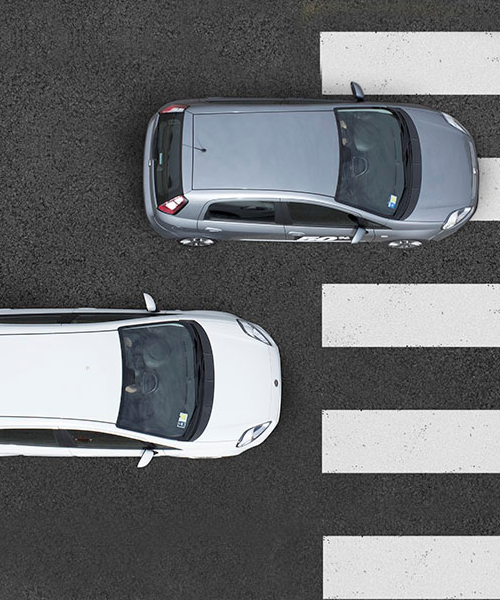 Why choosing Monroe for your shocks?

When replacing worn shocks, automotive service professionals understand they only have one chance to get it right.

Discover Monroe shock absorbers, now with a 5 year warranty on any qualifying Monroe product when completing a full replacement of shocks and struts in pairs, including protection and if applicable mounting kits. 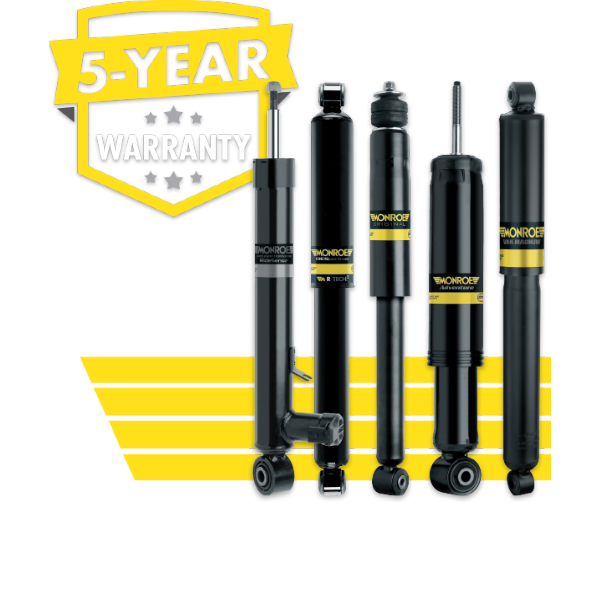